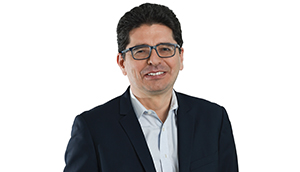 Eric started at Essilor in 2002 as Chief Procurement Officer. Most recently, he held the role of President, European Zone, where he was responsible for all European countries. He served as Executive Director of Transitions Optical from 2004 to 2005, and then as General Manager for Essilor France from 2005 to 2010. Eric was named President of Essilor Europe in 2010 and served in this role until becoming President of Essilor of America in 2014. Eric is also a member of the board of Essilor Vision Foundation, which is committed to eliminating poor vision and its lifelong consequences, and to providing underprivileged people the opportunity to live a better life through better sight. Eric has an engineering background and started his career in 1990 as purchasing manager for PSA Peugeot Citroen. He then worked for The Boston Consulting Group before joining Essilor International. Eric earned a master’s degree from École Centrale de Lyon (Lyon, France) and an MBA from INSEAD. “If there’s one reason I’m proud to be a part of Essilor, it’s our mission. We are impacting the lives of millions of people around the world.”