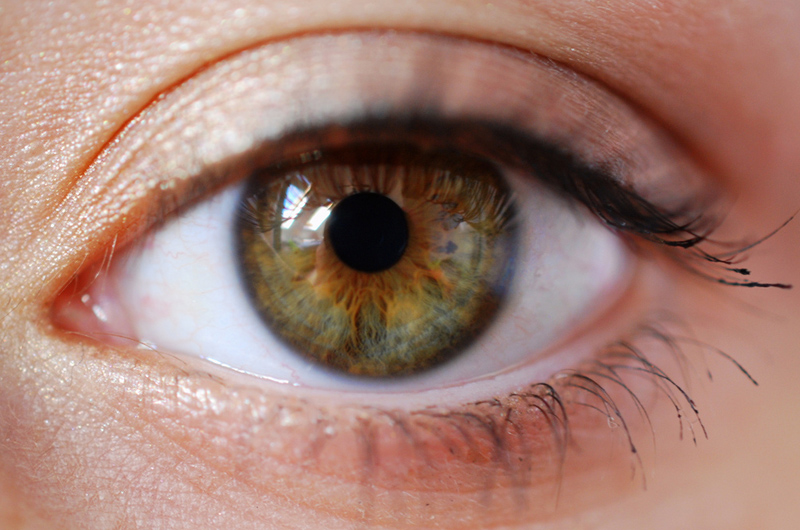 Hazel eyes leave people perplexed and questioning, are they green, gold, brown or a mix of all three? Since the color itself isn't concretely defined, people have wondered if hazel eyes are more like chameleons, changing color based on the environment around them.

Pigment in the eyes determines eye color - brown eyes are created through more pigment and blue eyes have less. Hazel eyes play a delicate game of limbo between brown and blue, having less pigment than brown and more than blue. Eye color can change through the years as amount of pigment in the eyes differs based on genetics.

While scientists are still on the hunt to understand why eyes change color, some eyecare professionals believe that those changes are not physical, but rather perceptual. Colors are a perception of light reflecting off surrounding objects, and our eyes actually absorb some of those colors. This is why we see changes in hazel - and even blue and green - eyes.